Why You Should Start a Sustainable Halloween Tradition (Composting Pumpkins) 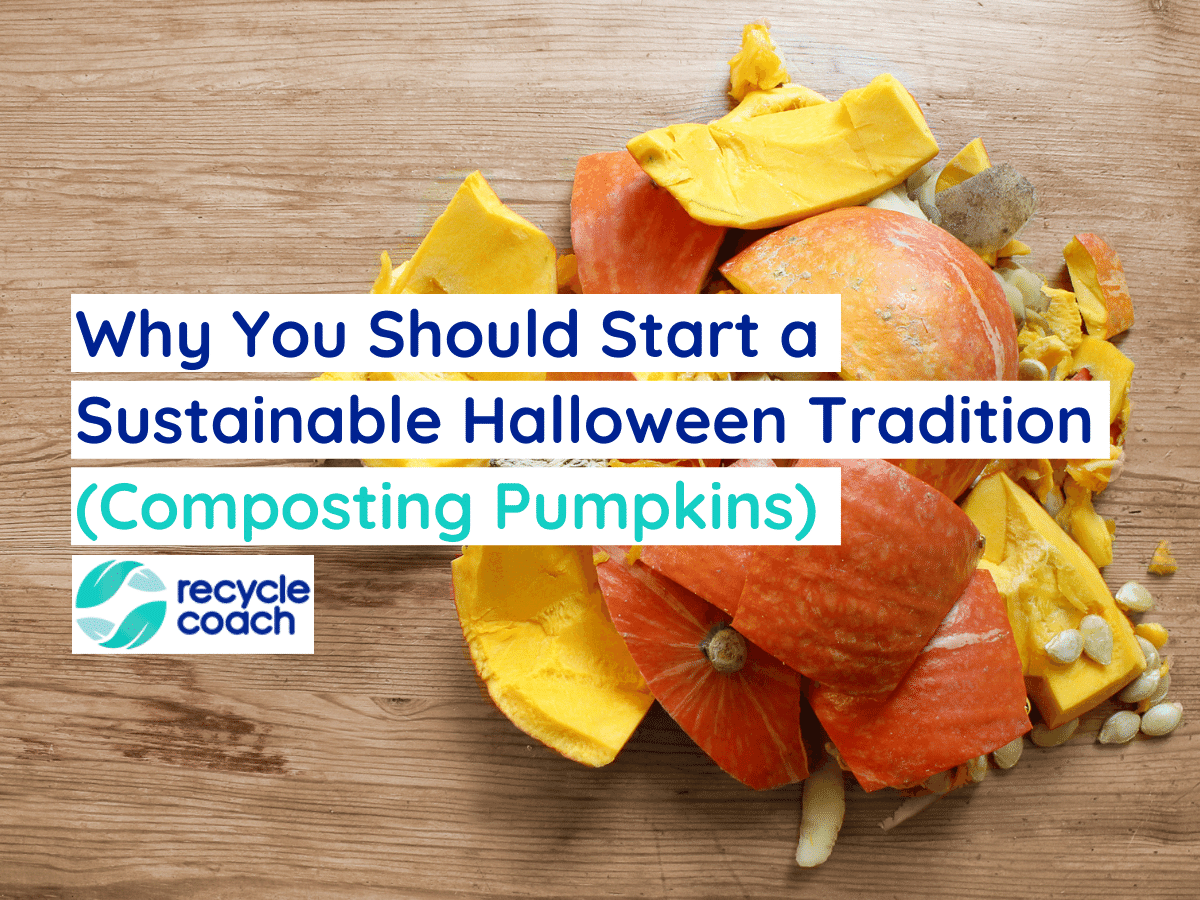 It’s high time we add to our Halloween traditions with a sustainable method of disposal—composting pumpkins! Carving pumpkins is a long-standing tradition that brings joy and creativity to many families’ fall traditions. Why not make disposing of them part of the tradition as well?

Once fall rolls around, pumpkin spice fills the air and overwhelms our tastebuds with everything from the beloved pumpkin spice latte, pumpkin flavored baked goods, and even pumpkin infused beers.  While we eat and drink pumpkin flavored goodies, rarely do we hear about recipes that include actual pumpkin, with the exception of pumpkin pie.

Some families have the tradition of baking the pumpkin seeds after scooping out the inside of the pumpkin, but did you know that the flesh of a pumpkin is rich with nutrients? It’s even possible to stuff and eat the flower of a pumpkin, and their leaves can be cooked and eaten as well. So go ahead and eat your pumpkins before you compost their leftover parts!

It is estimated that the U.S. produced 1.5 billion pounds of usable pumpkins in 2020 and Canada produced over 300 million pounds in the same year. Only about a fifth of the pumpkins grown are used for actual food production, leaving a vast majority of them serving only the purpose of decorations for Halloween. That is a lot of food that never gets eaten and a lot of missed opportunity for composting pumpkins.

About one third of the food produced annually is wasted or lost. Not only is that a horrendous amount of food that is wasted but think of the additional loss of water used to produce the crops and the amount of greenhouse gas emissions from food waste. With about 1.3 billion tonnes of food wasted annually, the food, along with the resources need to grow and distribute it, amounts to approximately 3.3 billion tons of CO2.

One of the ways to combat the issue of food waste ending up in landfills is composting. After you’ve utilized the edible parts and carved your fun and festive jack-o-lantern faces, add to your Halloween traditions with a pumpkin smash and compost!

This process could be a great family tradition to add to your Halloween with significant benefits for the environment. So, make some great meals with those pumpkin parts, carve those jack-o-lanterns, then smash your pumpkins for compost.

It’s important to teach children the value in recycling and composting. Having traditions such as this that emphasize how to reduce food waste and how to help the environment can have a lasting impact on our society. Children who see the issues surrounding food waste early on are in the position to innovate and help solve these types of environmental problems when they grow up.

Learning about nature and how things work is just as important of an outdoor activity for young children as playing on the playground. Understanding the way a pumpkin decomposes for composting can enrich your child’s understanding of the lifecycle of plants. You can extend this activity to include making weekly observations of the decomposition process through note taking, drawing or taking photos. The kids will be excited to see how the remains of their beloved jack-o-lanterns change over time.

Or you could host a neighborhood pumpkin smash event. Think of any way you might want to smash a pumpkin then turn it into a game for kids (and adults!) to enjoy the festivities. Just make sure you know where those smashed pumpkins will end up.

The last thing you want is to have your neighborhood filled with a large pile of pumpkin carcasses. Check with community gardens, have everyone take a bucket worth home, or see if there is a composting location that will partner with your neighborhood.

This new tradition will have infinite benefits for your family, community, and environment. It could also help divert a lot of food waste away from landfills. Make sure you get your family into the habit of composting pumpkins this year and beyond!