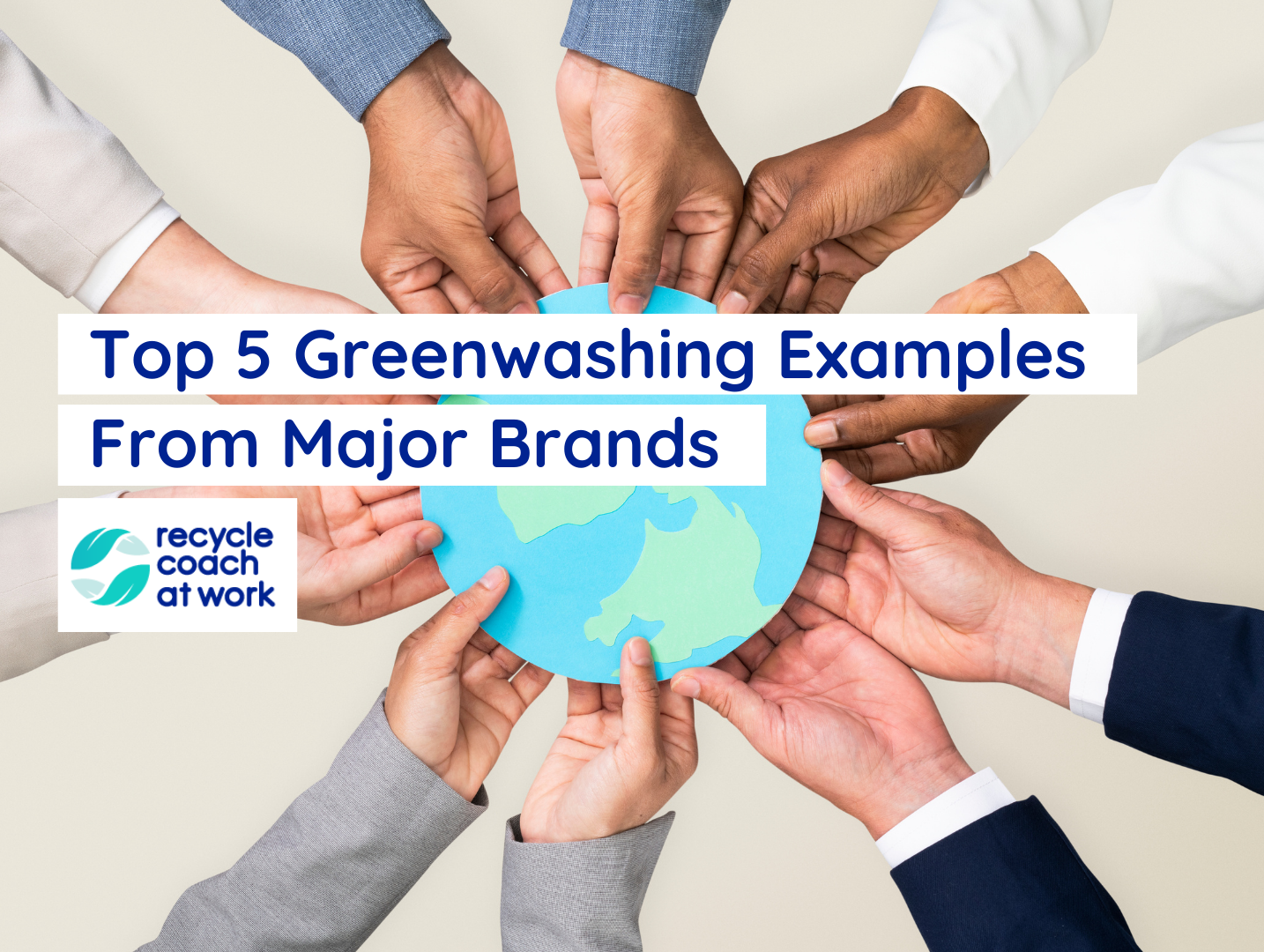 Greenwashing examples are everywhere and they’re causing big trouble for brands. Today, we look at the biggest corporate offenders, and how they work to be seen as green.

In a recent Harvard Business Review article, the authors commented that brands should be ready to move beyond ‘pretend’ and embrace the true meaning of sustainability. Companies across North America are being held accountable for their strategies, unable to escape accountability.

So, what is greenwashing and why is it something your company should avoid at all costs? Here are some of the worst examples of greenwashing in a proverbial ‘what not to do’ list.

The Definition of Greenwashing

Greenwashing is when a company fakes their commitment to environmental sustainability. Instead of actually being green, the brand positions itself to seem green (or significantly greener) than it is in reality. Marketing teams frame products or services to be eco-friendly – for sales and other gains.

Typically, companies known for greenwashing actively mislead their consumers in the hopes that they will benefit from the surge in conscious consumerism and sustainability. Here are some of the most prevalent modern greenwashing scandals, with some insight on each.

Shell has rebranded and is now marketing itself as a greener company. Consumer watchdogs, however, have pointed out that buying offsetting certificates does not erase the fact that they are still one of the world’s worst polluters. The fourth worst, in fact.

Governments like the Netherlands (home of Shell headquarters) are pulling their misleading ad campaigns. Just recently, Shell launched a Twitter poll asking community members what they would be willing to do to reduce carbon emissions.

A myriad of eco-bloggers online called them out for gaslighting the general public. Now, Shell has been ordered by European courts to cut their carbon emissions by 45% by 2030. This was a precedent-setting verdict warning other large greenwashing brands against what is coming.

Greenwashing examples don’t get any better – or more brazen – than Coca-Cola. As the largest plastic polluter in the world, you’d think they would invest money into cutting their plastic production or developing more efficient ways to recycle these plastics.

Coke’s recent ‘World Without Waste’ marketing campaign was not received well. The Earth Island Institute is suing the company for greenwashing and making false claims about being a sustainable company. The same can be said for their carbon sequestration billboards. While Coke works hard to promote a green image, there is very little truth behind their green sheen marketing.

Fast-fashion brand H&M comes in at our #3 worst greenwashing example of 2022. Textile waste has erupted over the past 20 years becoming a serious hazard to the environment. H&M, one of the premier global fashion brands, has taken to misrepresenting itself as a leader in conscious clothing.

The only issue? It’s all for show. You may have heard of the in-store recycling bins at H&M, and how customers that recycle their clothing get a discount off their next purchase. According to environmentalists and the company that collects the clothing (I:Collect), less than 35% of that clothing gets recycled. But 100% of the customers returning the old clothes buy more clothes.

These greenwashing examples are not uncommon for the brand. With a documented history of workers rights abuses and The Norwegian Consumer Authority actively accusing H&M of not having evidence to prove that its sustainable collection is sustainable – H&M makes the list.

McDonald’s is no stranger to controversy, from its notoriously unhealthy menu – to its repeated greenwashing campaigns. From opening a solar powered restaurant in the UK, to making false claims about sustainably sourced Canadian meat, McDonald’s has fought hard over the years to appear ethical.

Most recently, it was called out for announcing a plan to reach net-zero by 2050. Too little – too late, watchdogs say – calling it an obvious ‘greenwashing stunt.’

The real issue with McDonald’s is its beef supply and the amount of carbon emissions it creates. If McDonald’s really wanted to impact positive change, they could drastically change the menu and help the world achieve its climate goals, on time.

All-in-all each of these brands offers us greenwashing examples that we should avoid in our own businesses. This stands in stark contrast to brands that are getting sustainability right by building it into their model or ensuring that there is authenticity and impact with their green initiatives.

Which of these greenwashing examples stood out to you? Tell us why below.