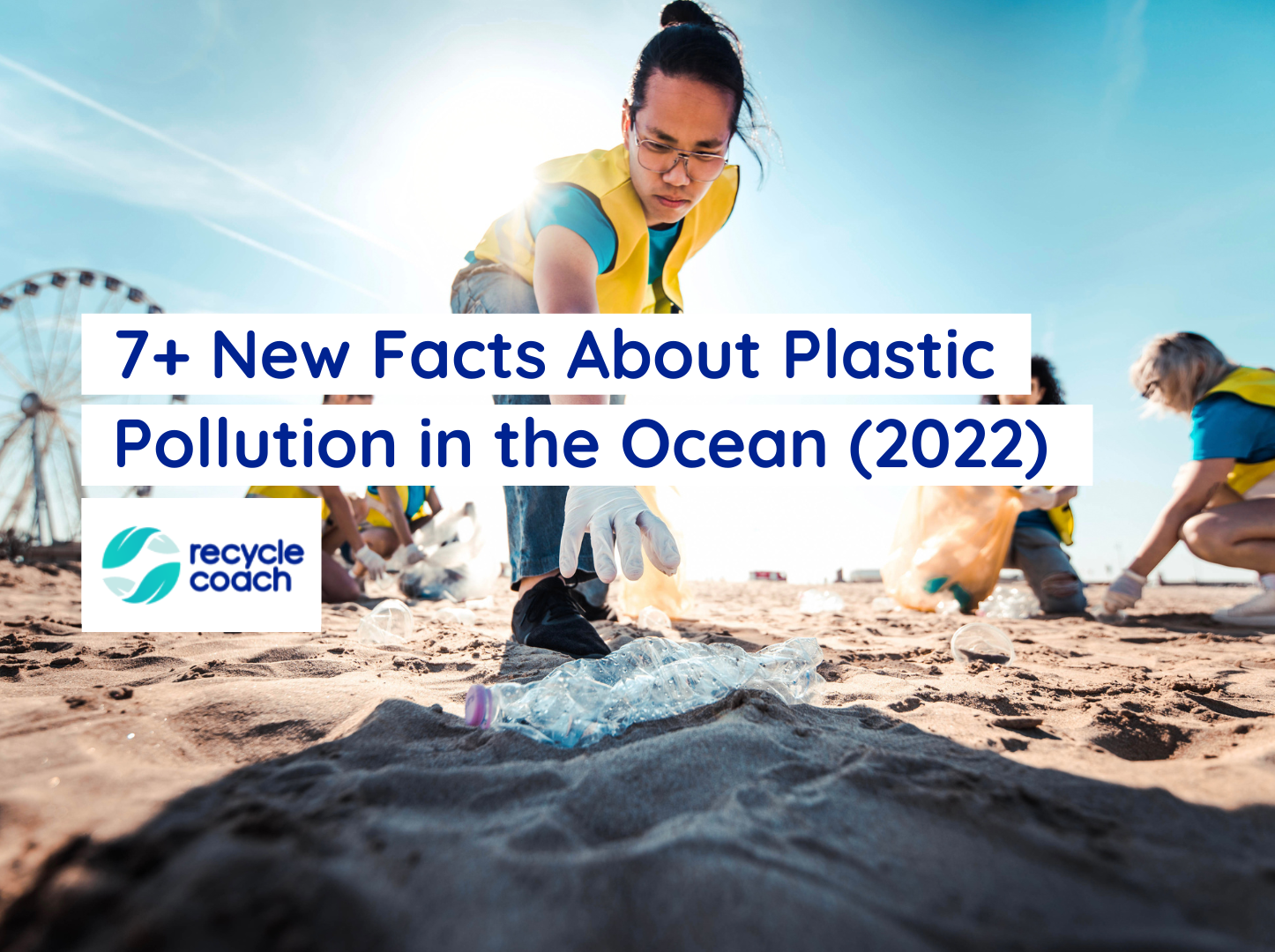 Plastic pollution in the ocean is on the rise, despite country-wide initiatives to reduce the flow. In today’s post we reveal the latest facts about this marine waste to guide your program development.

Ocean plastics should be part of your waste reduction and recycling initiatives this year. Even if your municipality is inland and doesn’t hug the coast – everything from population health, food supply, climate and social justice is directly impacted by plastic trash in our oceans.

When you actively create educational programs that inspire your communities to buy less plastic, it makes a difference. And when you invest in plastic recycling programs that keep plastic out of the ocean and reduce its climate impact, it contributes to a safer, healthier world for everyone.

Here are 8 of the latest facts about plastic pollution in the ocean that you haven’t heard about yet. Use them to inform your next steps when building creative program solutions.

#1: The US Needs a National Strategy to Reduce Plastic Ocean Waste

The National Academies of Sciences, Engineering and Medicine recently called for a national strategy by the end of this year (2022) to reduce plastic marine pollution. The report states that globally, every minute a garbage truck sized load of plastic is dumped in the ocean.

The US is the main offender as the leading plastic polluter in the world. 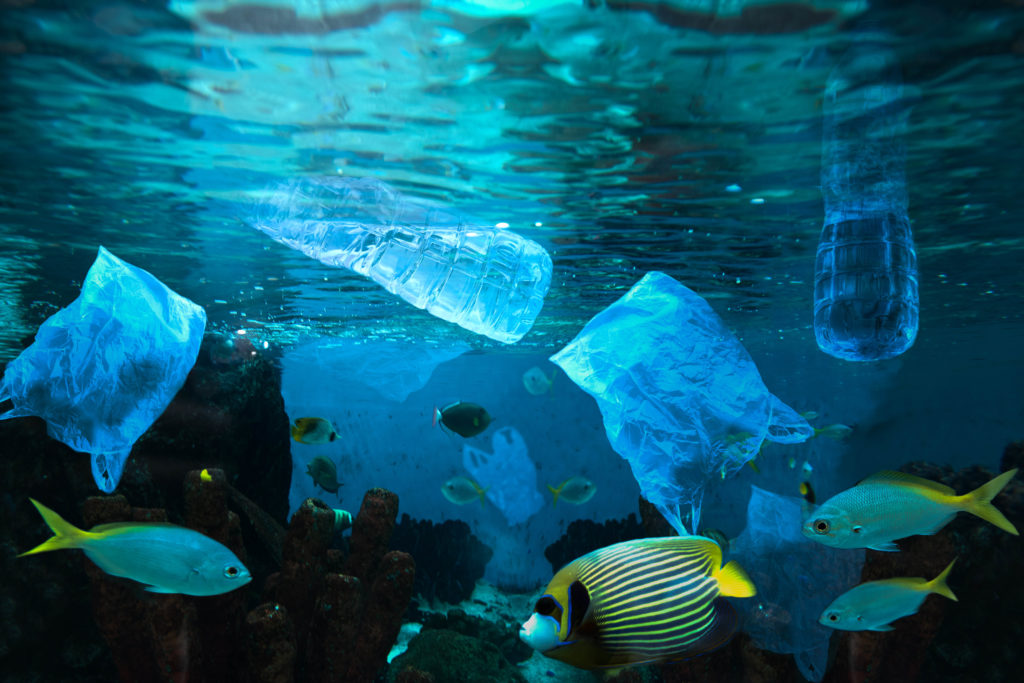 #2: 28 Years from Now There Will Be 4X as Much Ocean Plastic Pollution

New study findings were recently released that paint an urgent picture for our oceans. The study found that by 2050, marine plastic waste will have skyrocketed in growth. Just 28 years from now at the current rate of growth we can expect to quadruple the amount of plastic in the ocean.

The study is calling it an extinction-level event for thousands of species of marine life. Some of those species include sea turtles, dolphins, and seals.

#3: There are 5 Zones of Floating Plastic Trash in the Ocean

Off the West Coast of North America, between California and Hawaii is an area of ocean that creates a kind of vortex – where ocean plastic, microplastics and debris collects. It’s been dubbed the Great Pacific Garbage Patch and it’s well known.

But did you know there are 5 of these zones globally? Alone the GPGP is twice the size of Texas, all 5 zones together are much larger. 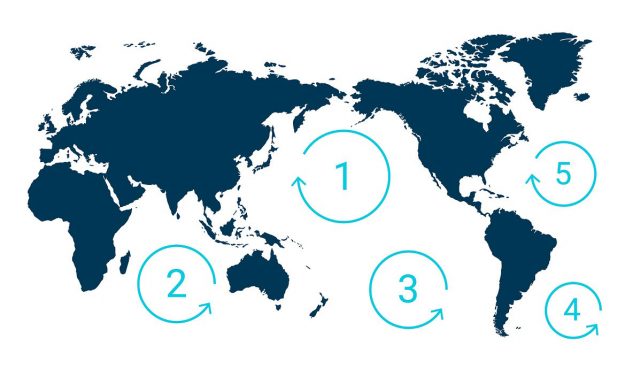 #4: Microplastic Pollution in The Ocean is Greater Than We Thought

According to the University of Autonoma de Barcelona, we have underestimated the amount of microplastics in the ocean. Because most samples were taken in coastal regions, and not in open sea – the data is not accurate. The actual concentration is much higher than we dreamed possible.

One Dutch study discovered microplastics in the human bloodstream.

#5: Plastic Recycling Has the Potential to Help Save the Oceans

The most recent studies say that the US only recycles about 5% of its plastic. With this space primed for growth, it could make an enormous impact on the amount of plastic finding its way into the ocean. While buying less plastic is critical, we must recycle the plastic that is used as well.

With 14 million tons of plastic crowding the oceans each year this is an important area to work on.

#6: Single Use Plastics Are a Leading Cause of Ocean Pollution

Half of all plastic produced is single use only, and a lot of this plastic waste makes it into the ocean. Items like cups, straws and bags are key offenders creating plastic pollution in the ocean that is extremely difficult to clean up. The reduction of single use plastic needs to be a core priority.

There are viable alternatives to single use plastics that don’t harm the environment. 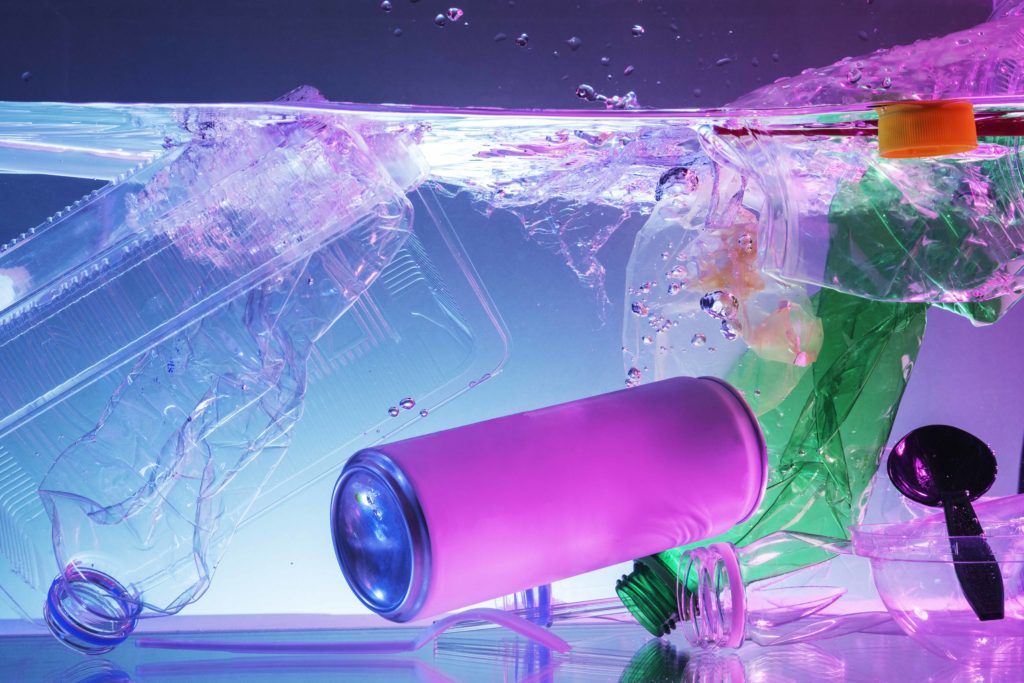 #7: There are Ambitious Ocean Cleanup Organizations That Need Support

Even if your municipality can’t rollout a major program to reduce ocean plastic, there are organizations that you could support in your area. The Ocean Cleanup is a great example of a nonprofit that works to clean floating plastic from our oceans.

One leading cause of plastic in the oceans comes in the form of abandoned fishing nets. Some 10% of all plastic found in the ocean comes from commercial and private fishing gear. According to WWF, up to 1 million tons of ghost fishing equipment is left in the ocean every year.

Nearly half of the Great Pacific Garbage Patch consists of nets just like these and they kill marine life.

Use these facts about plastic pollution in the ocean to find ways to make a difference in your city. Whether that means supporting legislation, implementing new recycling initiatives, or educating your community on the ocean pollution crisis – you have the power to impact positive change.