5 Pervasive Office Recycling Myths (And Why You Still Believe Them) 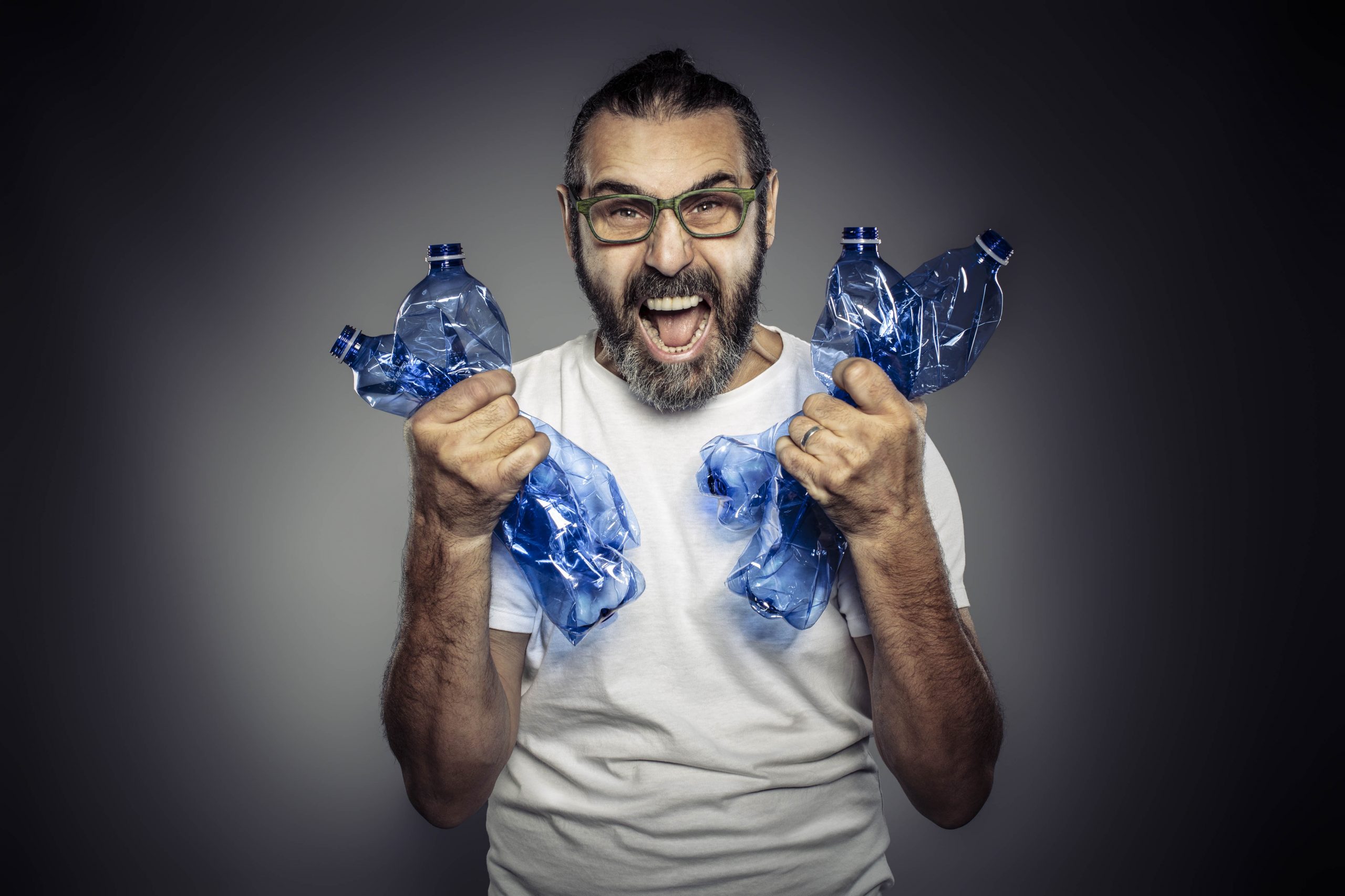 Have you heard any of these office recycling myths lately?

Chances are – you have. Whether you’re standing at the water cooler or joining colleagues for lunch, these myths are everywhere. Sometimes, they even start to make sense.

Recycling is not important, and it’s such a hassle.
The world has bigger problems and throwing away a
water bottle isn’t going to solve them.

This myth persists because people are either too lazy to recycle, or they lack the knowledge required to fully understand why throwing that bottle into the recycling bin is so vital.

The myth manifests as a defense mechanism, so that they can focus on the things in life that are closer to home that can be changed – work, family, and personal relationships.

This happens because they see recycling as incredibly inconvenient. In other words – people say that recycling isn’t important, because it’s not easy to do and they don’t understand its immediate purpose.

Ask the average employee what items can be recycled, and they won’t know.

It’s human nature to avoid appearing ignorant, so instead of risking it – they just don’t do it. People who buy into this kind of logic are the first people to say, “recycling isn’t important.”

There are only two ways to combat this myth and they are – education and ease.

There are a million reasons why recycling should be mandatory, but if it’s not at your workplace – we recommend solving the education and ease-of-use issue.

Myth #2: You Can Recycle Shredded Paper

The second of our office recycling myths involves paper, and seriously misguided good intentions. An employee will decide that shredded paper can be recycled, and will then add it to their recycling.

Why would anyone think that loose bits of paper can be recycled?

“Everyone knows that paper is recyclable.
We recycle magazines, newspapers and old
printed paper at work, so adding the shredded
paper to it isn’t going to make a difference.” 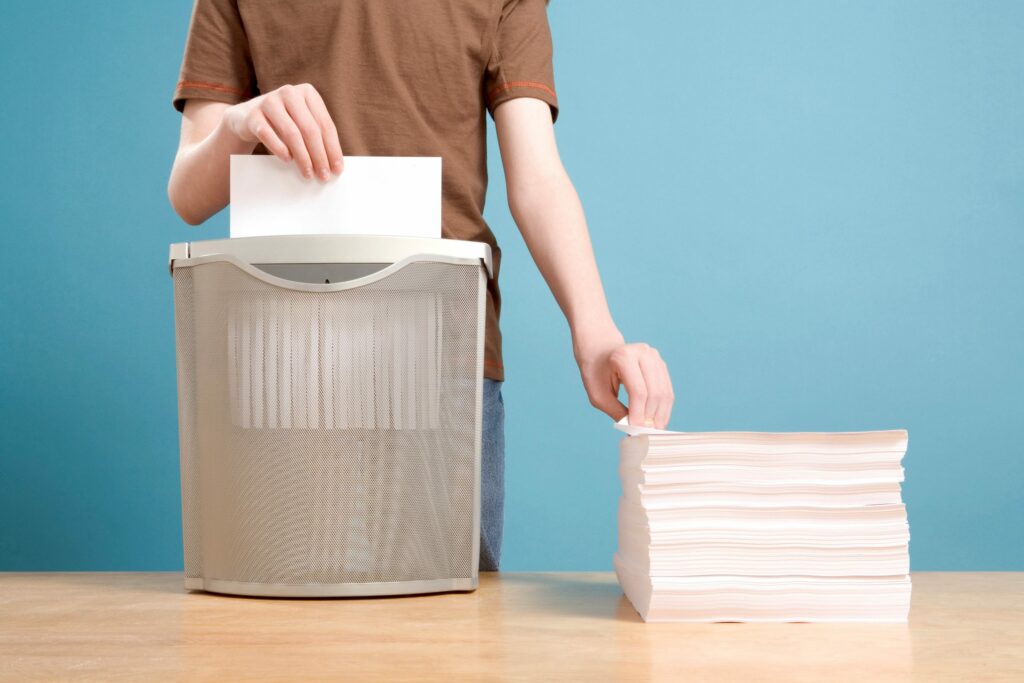 Of course, it does make a difference. A big one. This myth sounds logical because – paper is paper, right? The employee is just trying to make the most of your recyclable materials.

Well, shredded paper is not like other types of paper. The fibers are weakened by shredding. If you mix shredded paper into your recycling, the whole batch becomes useless.

If that employee asked, “can you put shredded paper in the recycling bin?” the answer would be a firm no.

This is because paper shreds clog up recycling machines when they go through the sorting process. They end up mixing with glass shards and falling through the sorting screens. When contaminated or wet, shredded bits also cling to the machines and become impossible to sort!

This myth persists because there are few people knowledgeable enough to challenge it in the workplace. Limited education will cause innocent assumptions to take over.

Not all paper, or plastic, or glass can be recycled the same way!

There is only one way to combat this myth: give your employees the answers.

As the saying goes, assumption is the enemy of true understanding. As long as your company doesn’t have the ability to search which materials are recyclable, they will get it wrong.

Myth #3: Office Recycling is a Sham

The third in our list of office recycling myths is about recycling itself. Many people believe that recycling doesn’t work, and it’s a sham – nothing more than profit for big business.

Why would anyone think that recycling is some kind of corporate conspiracy?

“Is recycling a myth? Oh yes, it’s a total sham.
The environment is absolutely not benefitting from
us recycling at work. The only people benefitting here
are our bosses, and the recycling companies.” 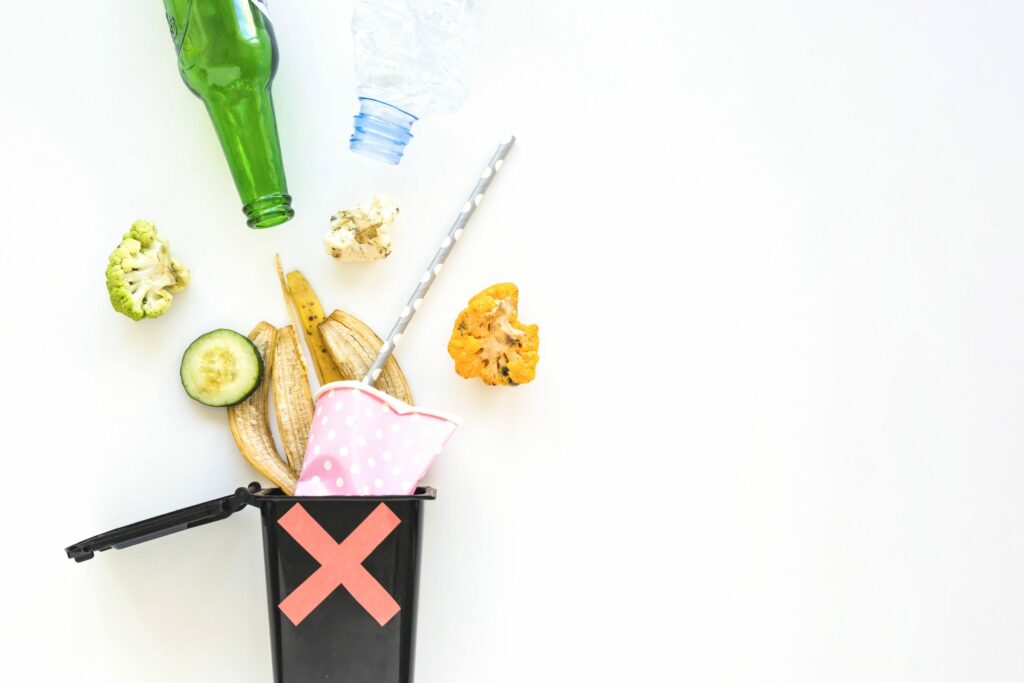 Is recycling good for the environment? Or is it just another lie told to us by big businesses? You can see the appeal of this logic right away. There is a lot of money in recycling – that’s true!

Most employees have no idea what happens to the recycling that gets picked up every week. Does recycling work, and who for? They can’t be sure. As a result, skeptical voices fill in the blanks.

It’s so easy to believe that recycling is some sort of scam.

First of all, it’s a convenient and ‘righteous’ excuse not to do it. Then there’s the internet – brimming with fear-mongering articles that aren’t based on fact, but are instead based on desired virality.

Articles like this one purposefully leave out important perspectives. Sadly, this gives employees who believe recycling to be a joke, fuel for the proverbial incinerator.

As with all green myths revisited, this one has no legs. There are thousands of scientifically verified studies, reports and global publications proving the sweeping benefits of recycling to our planet.

There is one sure-fire way to combat this myth – intentionally expose your employees to recycling education and verified studies.

Sure – China has turned away our recycling, and Americans aren’t sure how to recycle without contaminating a lot of their efforts, but this can be fixed. And when it is has been, the earth wins.

Myth #4: All Plastic Can Be Recycled

The fourth in our lineup of office recycling myths has to do with enemy #1: plastic. The sentiment is that all plastic can be recycled and that we aren’t doing enough to get that done.

What would lead someone to think that all kinds of plastic can be recycled?

“That plastic must be recyclable,
it has the chasing arrows on it.
I’m sure if it’s not recyclable,
they’ll sort it out at the plant.” 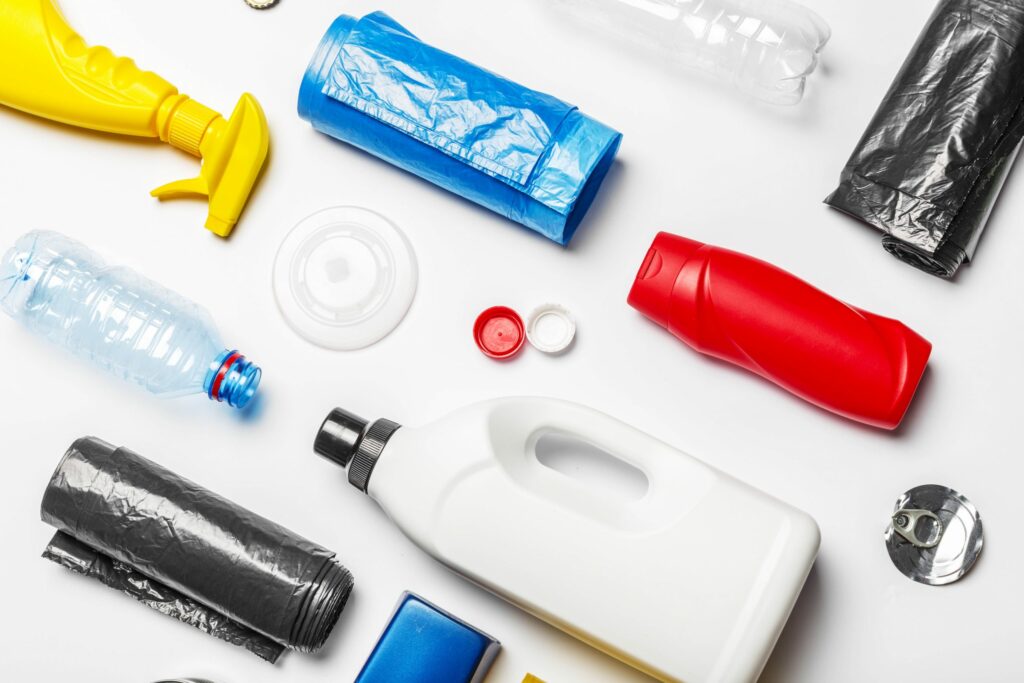 This myth exists because people so badly want plastic to be recyclable, even if it isn’t. It’s such a nice feeling to ‘help’ and to let go of the guilt around the world’s plastic crisis.

Wish-cycling, or the act of improper recycling, happens when people want to help solve a problem, but aren’t sure how to go about it. Unfortunately, better safe than sorry doesn’t apply to recycling.

Plastic is the Madonna of pollution. Everyone everywhere has been exposed to marine life dying from plastic waste, and stats that tell us plastic lasts forever.

Knowing how much plastic is actually recycled, is startling for most people. Some plastic recycling facts are tough to hear. About 79% of plastic ends up at a landfill, or is incinerated.

Only 9.5% of plastic ever gets recycled.

So, your employees may push for plastic recycling in a way that isn’t helpful at all – by recycling non-recyclable plastic. Instead of making sure that the plastic that can be recycled is clean and not contaminated, they wish-cycle.

This myth persists because of guilt, hope, good intentions and a lack of in-depth education.

There is one effective way to combat this myth – daily education about plastic recycling.

Myth #5: You Don’t Need to Wash Your Recycling

Last on the list of office recycling myths involves a rather confusing element for most employees. To some, the idea that recycling needs to be clean is a little bit ridiculous.

Why would anyone think that dirty materials are recyclable?

“It’s better to put something recyclable in the recycling,
than it is to put it in the trash. Even if there’s food on it.
Anyway, you don’t need to wash your recycling.” 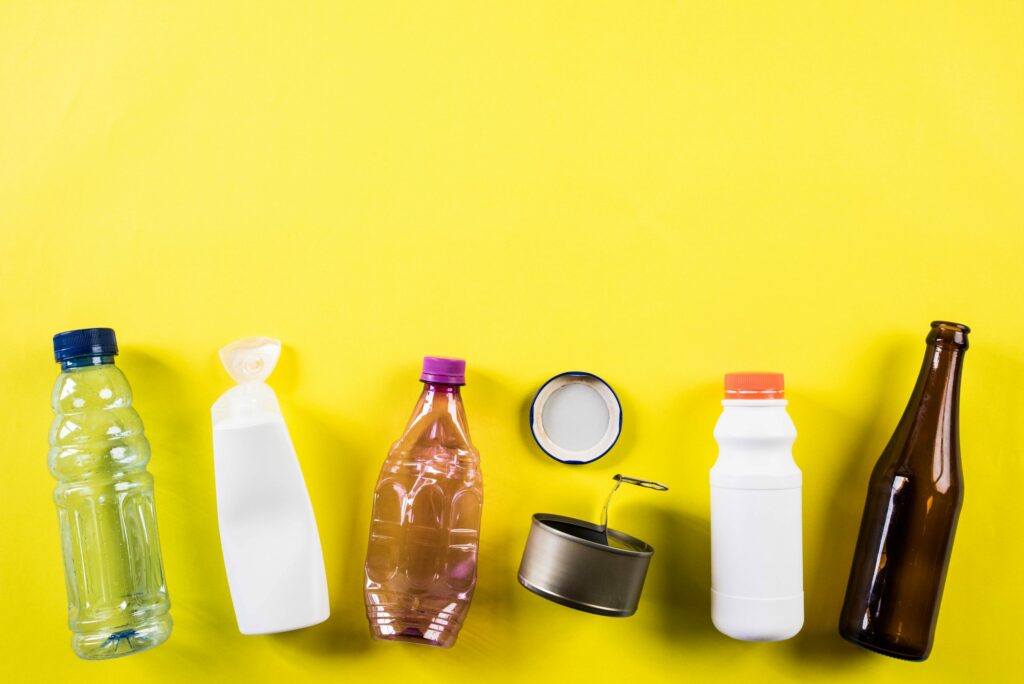 It’s wish cycling all over again – these employees would rather err on the side of doing something good, than miss out on a chance to feel good about themselves.

Do recycling items need to be clean? Absolutely. The rule is to only recycle things that are clean and dry. Otherwise contamination happens and that causes all sorts of problems.

Waste incineration is the only end game for contaminated recycling loads.
What items can be recycled? The easiest way to find out is to use a smart search tool.

This myth persists because people don’t want to have to rinse or wash their ‘trash.’ That’s too much effort and too much pressure. They believe soiled items won’t be a problem.

There is one way to end this myth – teach your employees about wish-cycling.

From facing the plastic crisis, to coming to terms with the importance of recycling – these myths are officially busted. The next time you hear one of these theories, remember they aren’t true.

Office recycling myths are always going to be around, but it’s up to you and your team to get the truth out. Help your company believe in proper recycling practices again. You can do it!

Which of these myths did you find interesting and why? Tell us here.